“A new and provocative interpretation of Columbus. Carol Delaney
uses her training as a cultural anthropologist to brilliantly explicate
Columbus’s strange, apocalyptic world. By being more sensitive to
the differentness of the past than most historians, she has written a
remarkable work of history, and one that is utterly accessible.”

– Gordon S. Wood, author of The Idea of America:
Reflections on the Birth of the United States

Five hundred years after he set sail, the prevailing view of Christopher Columbus
holds him responsible for everything that went wrong in the New World. Now,
anthropologist Carol Delaney reveals Columbus’s real motive for undertaking his
voyage—one that stands to radically change our understanding of him.

Through field work at the key sites of Columbus’s life and extensive archival
research, Delaney discovered that Columbus himself had clearly stated the ultimate
purpose of his voyages: He intended to sail to Asia and obtain gold, through trade,
in order to finance a crusade to take back Jerusalem from the Muslims. In
Columbus’s day, it was widely believed that Jerusalem must be in Christian hands
before Christ would return prior to the end of the world. Columbus believed he had
an important role to play in this apocalyptic drama. Delaney shows him to have
been neither a greedy imperialist nor a ruthless adventurer, as he has lately been
depicted, but a man driven by an abiding religious passion. 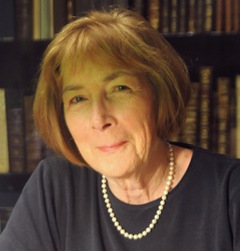 She is the author of several books, including The Seed and the Soil: Gender and Cosmology in Turkish Village Society, Abraham on Trial: The Social Legacy of Biblical Myth, Naturalizing Power: Essays in Feminist Cultural Criticism, and Investigating Culture: An Experiential Introduction to Anthropology.